When an international oil magnate bought a duplex apartment, in The Lancasters, a recently developed 19th century stuccoed block overlooking Hyde Park, London, he asked Mark Gillette to create an interior that would be both homely and appropriate for high level entertaining.

Mark is well known for the interiors he creates for large country houses, both in the UK and elsewhere in Europe. The scale of this apartment was much smaller than his usual projects, but he approached it in exactly the same way: to create a home that reflected the client’s wishes, the property and the budget. It needed to have instant comfort when the owner arrived and also reflect the level of luxury to which an international traveller would be accustomed. It was a fine balance.

The developers had created the kitchen and bathrooms and had included ornate mouldings and fireplaces but above this the apartment was a blank canvas. Mark and his team made some significant changes to the kitchen, installing a wine fridge and further storage; developed a lighting scheme to create warmth throughout the apartment; created two distinct sitting areas in the drawing room, together with bookcases on either side of the fireplace and enlarged the space by introducing an overall colour scheme and designing a carpet that drew the stairs and bedrooms together. Coffee coloured fabrics and paints were enhanced with splashes of colour from the artworks Mark bought.

Mark commissioned a fine silk rug for the drawing room and a bespoke Black American Walnut desk for the study. Mark provided a ‘turnkey’ service including the supply of all artwork and objet down to fine details such as bed linen, towels, crystal, china and silverware.

While the apartment might not have the drama of scale of a large country house, it has a very distinct presence and a contemporary London feel. 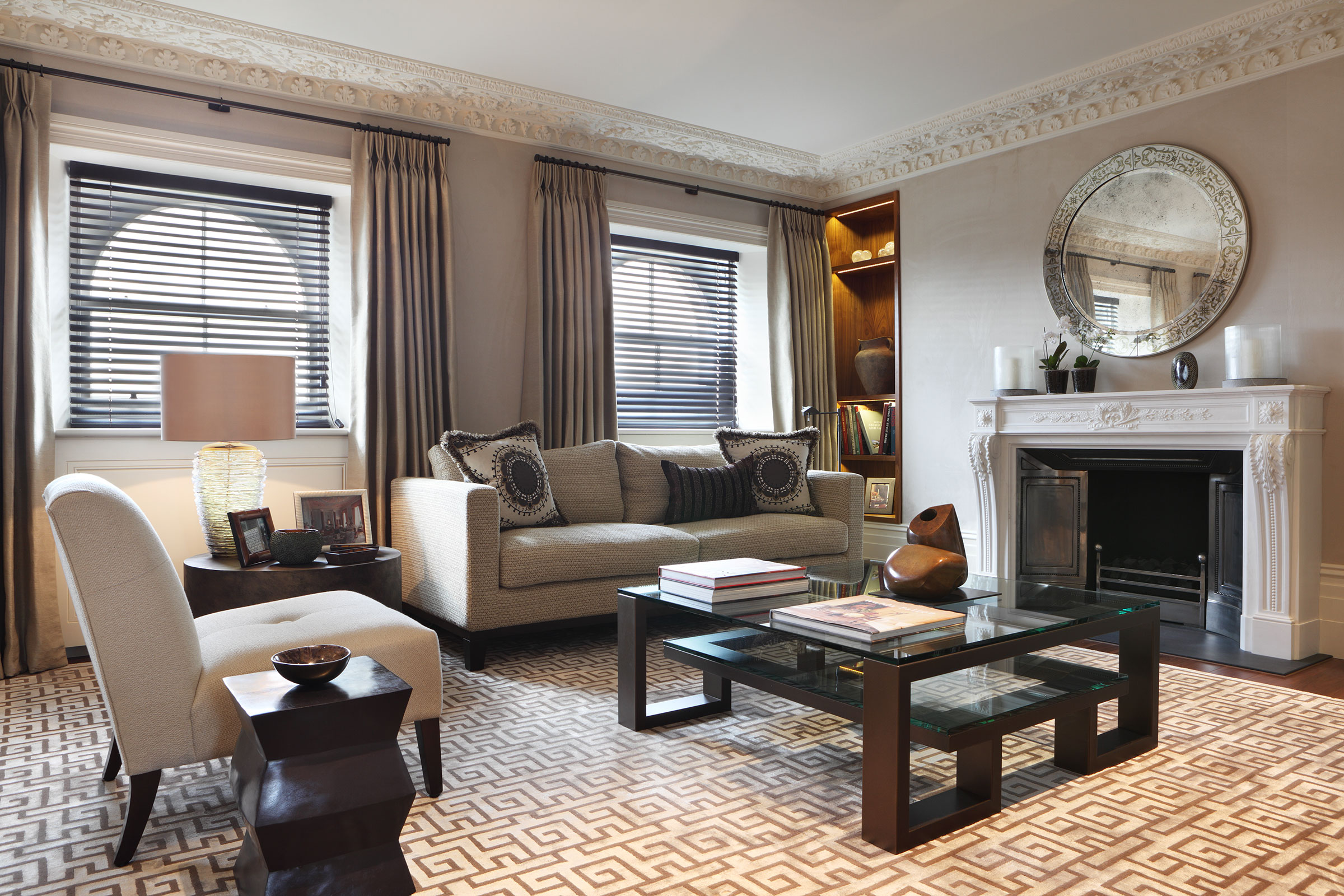 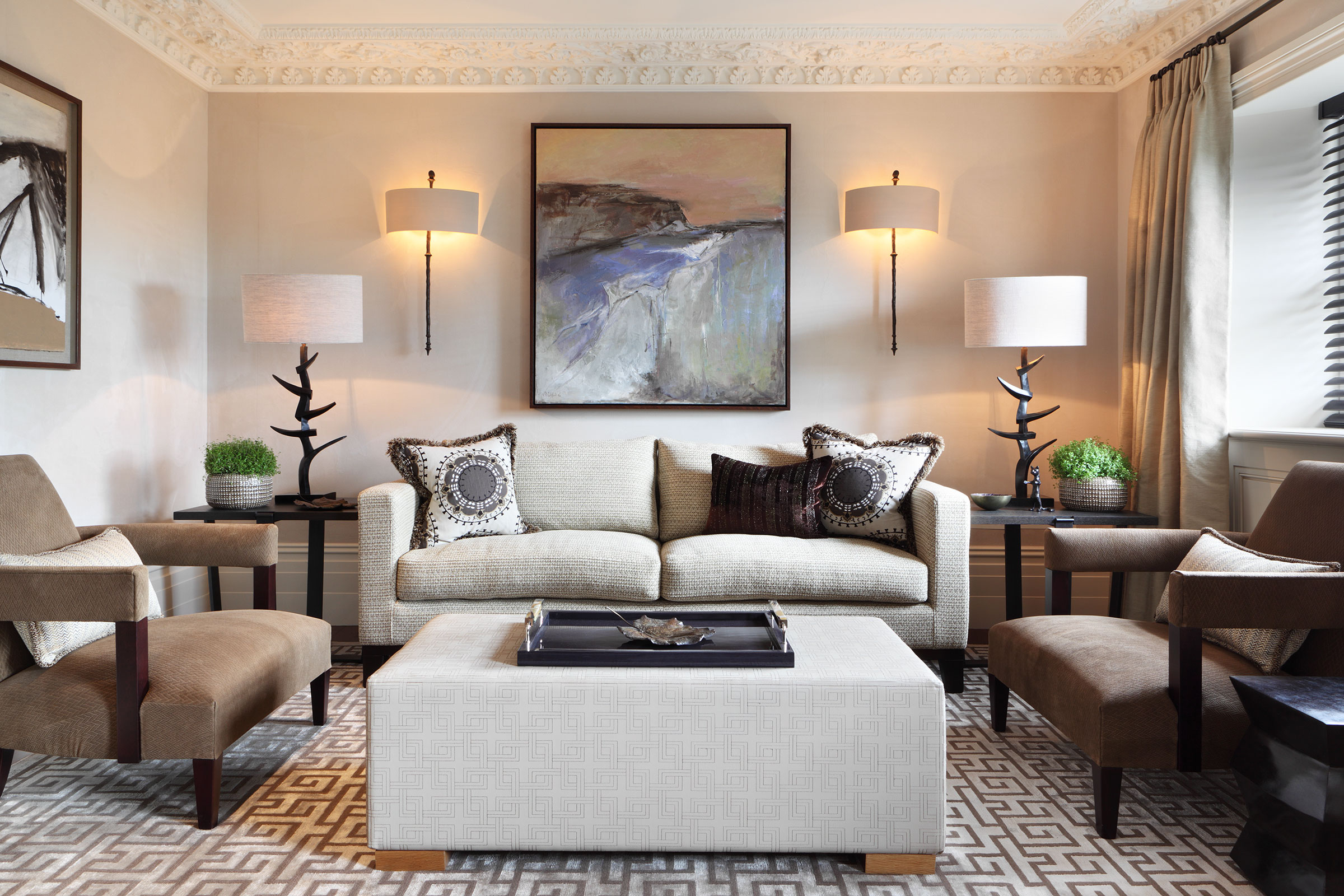 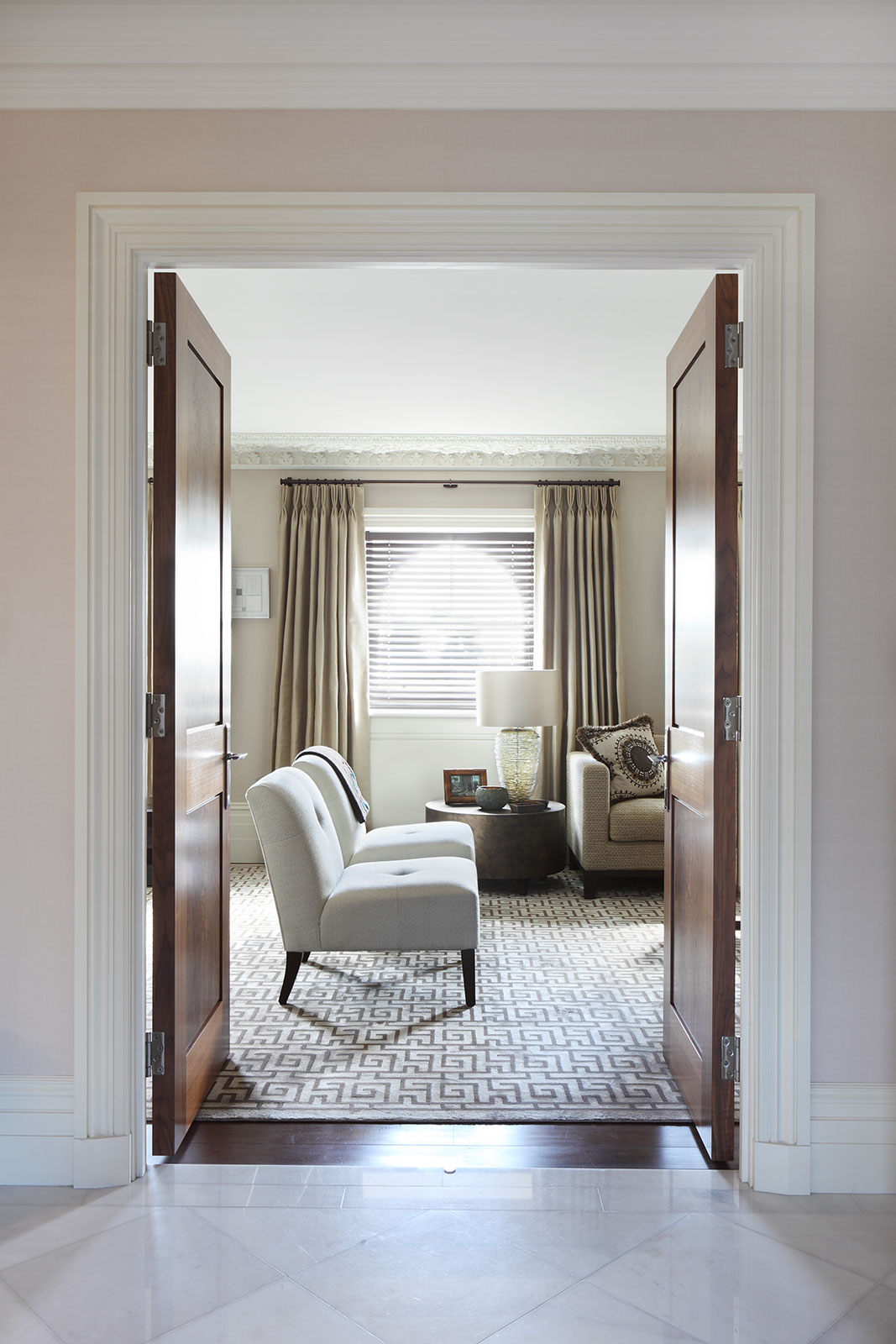 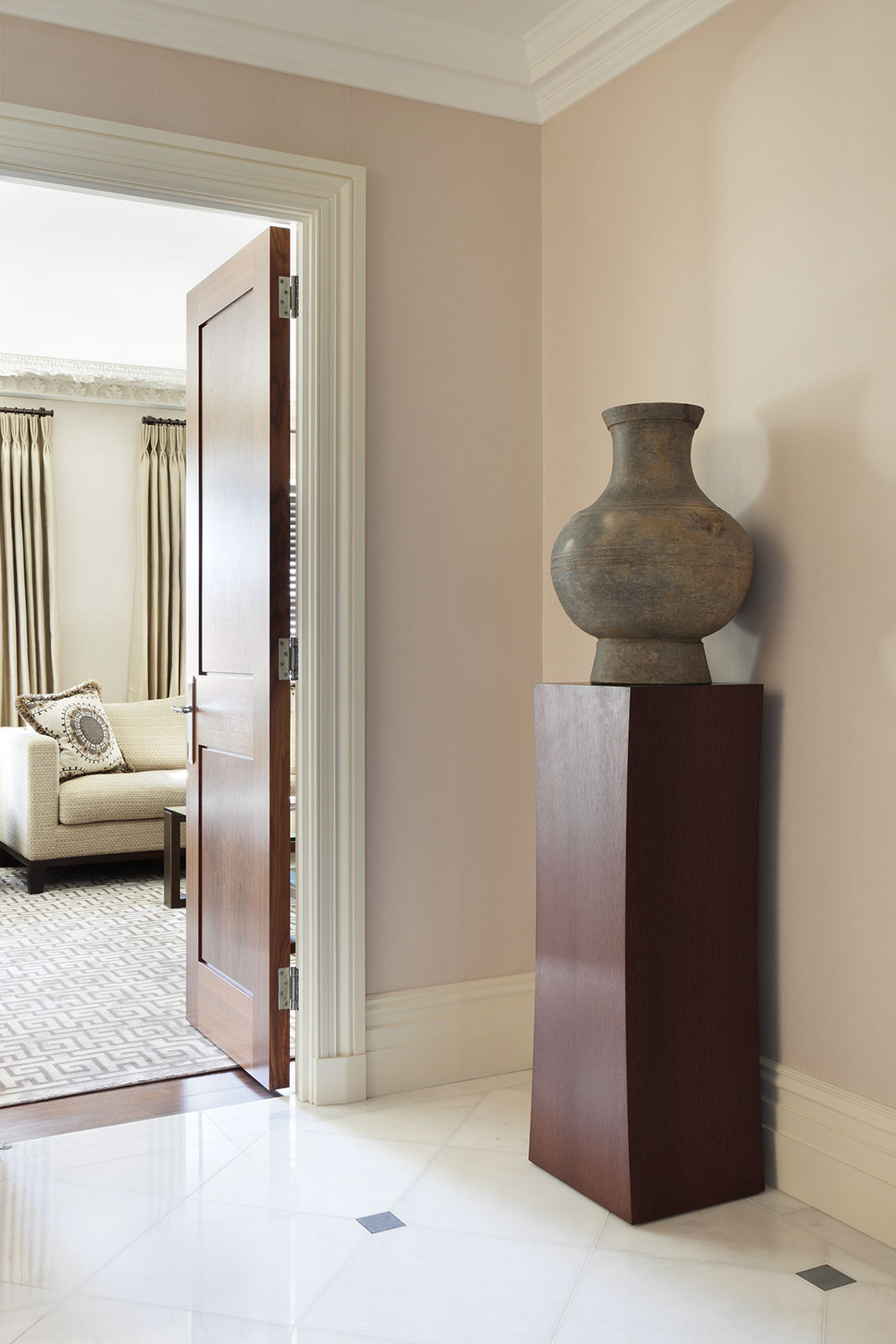 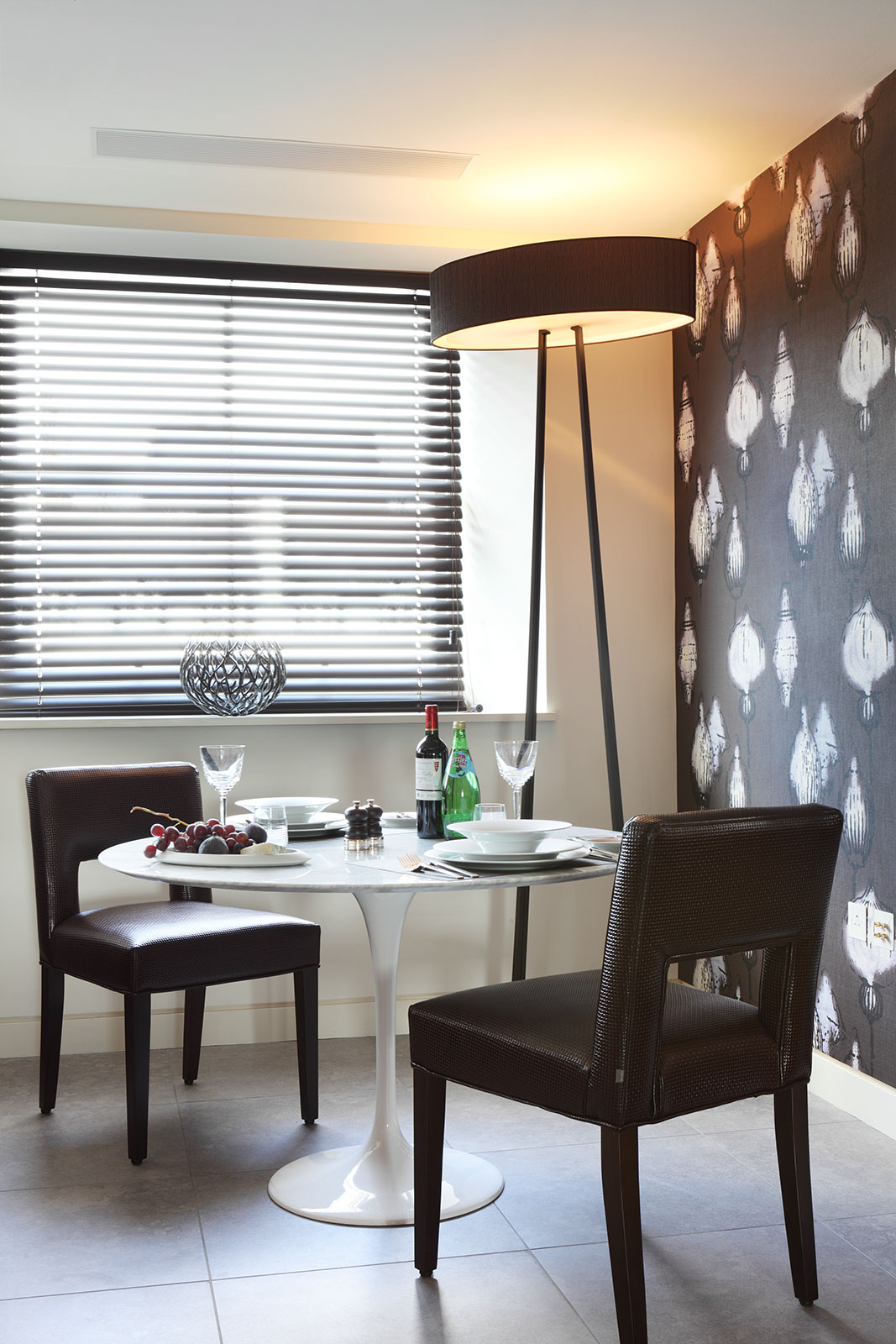 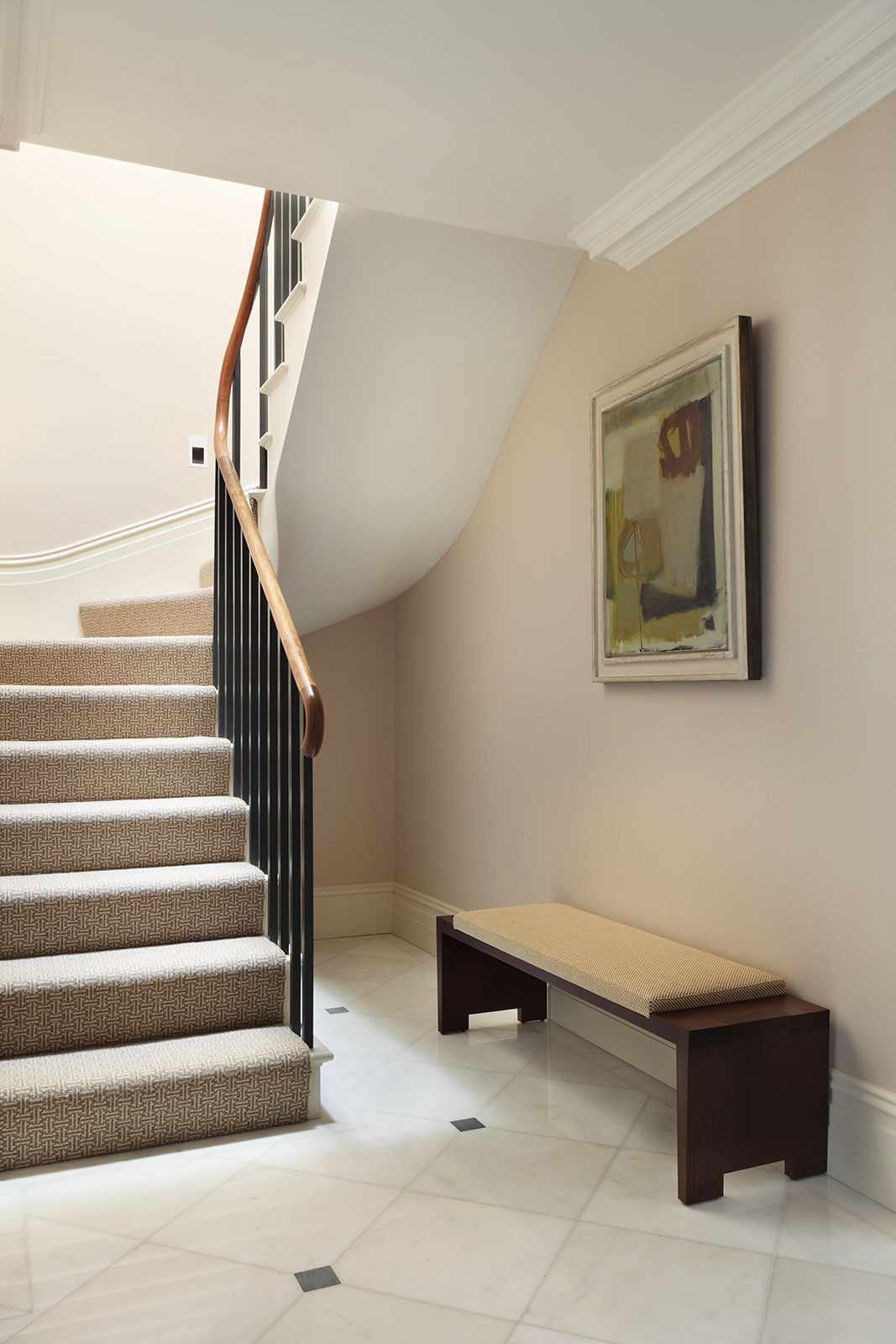 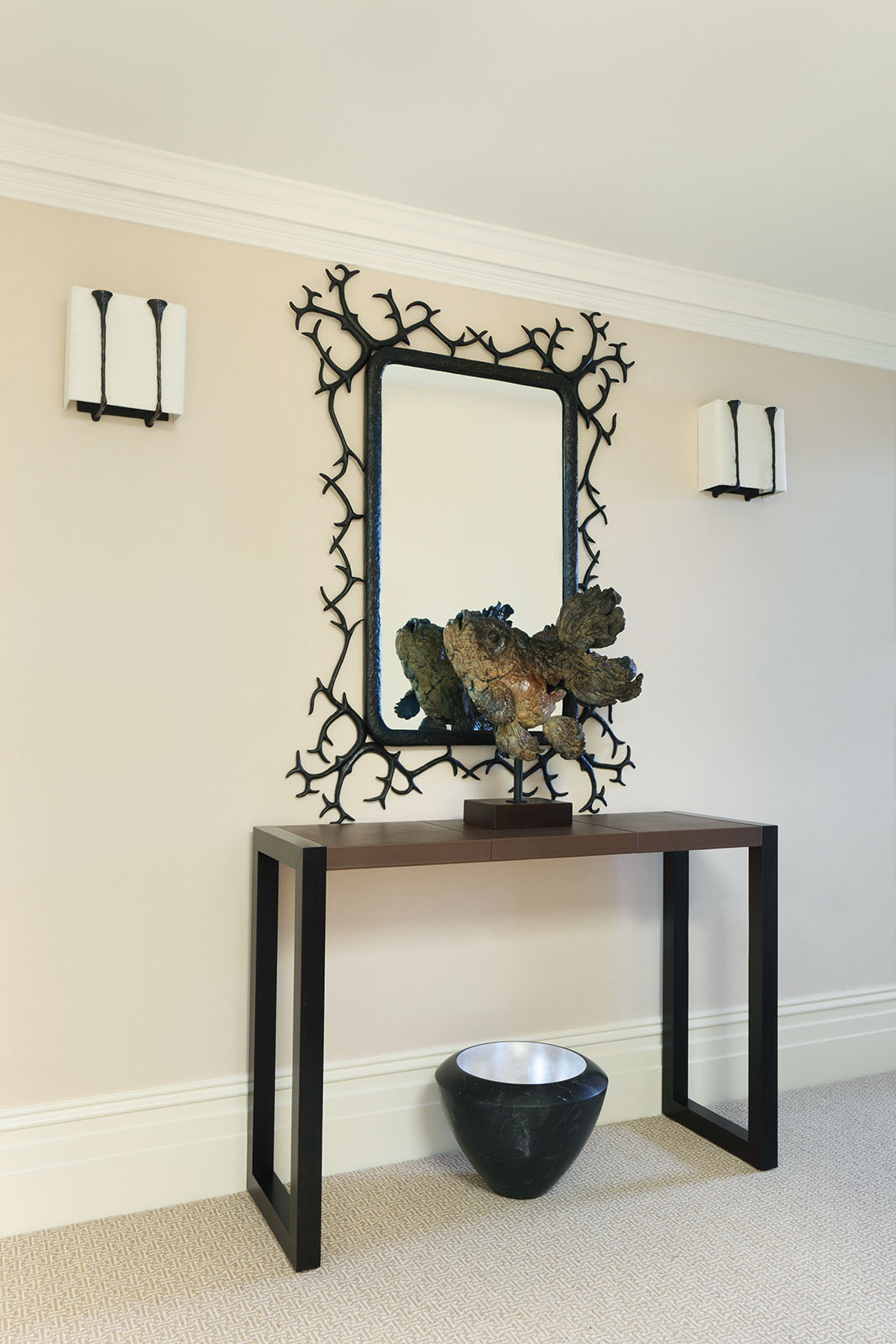 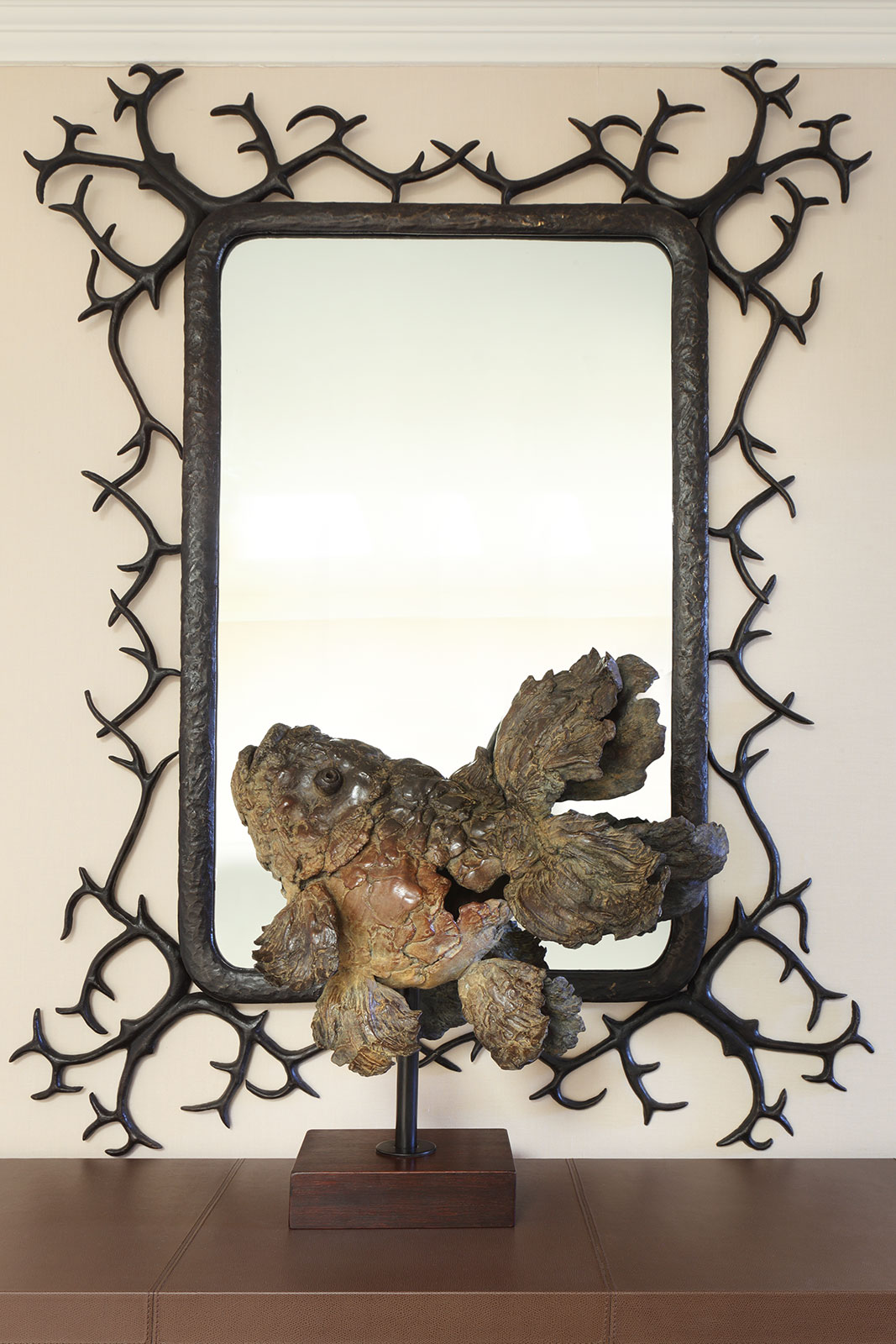 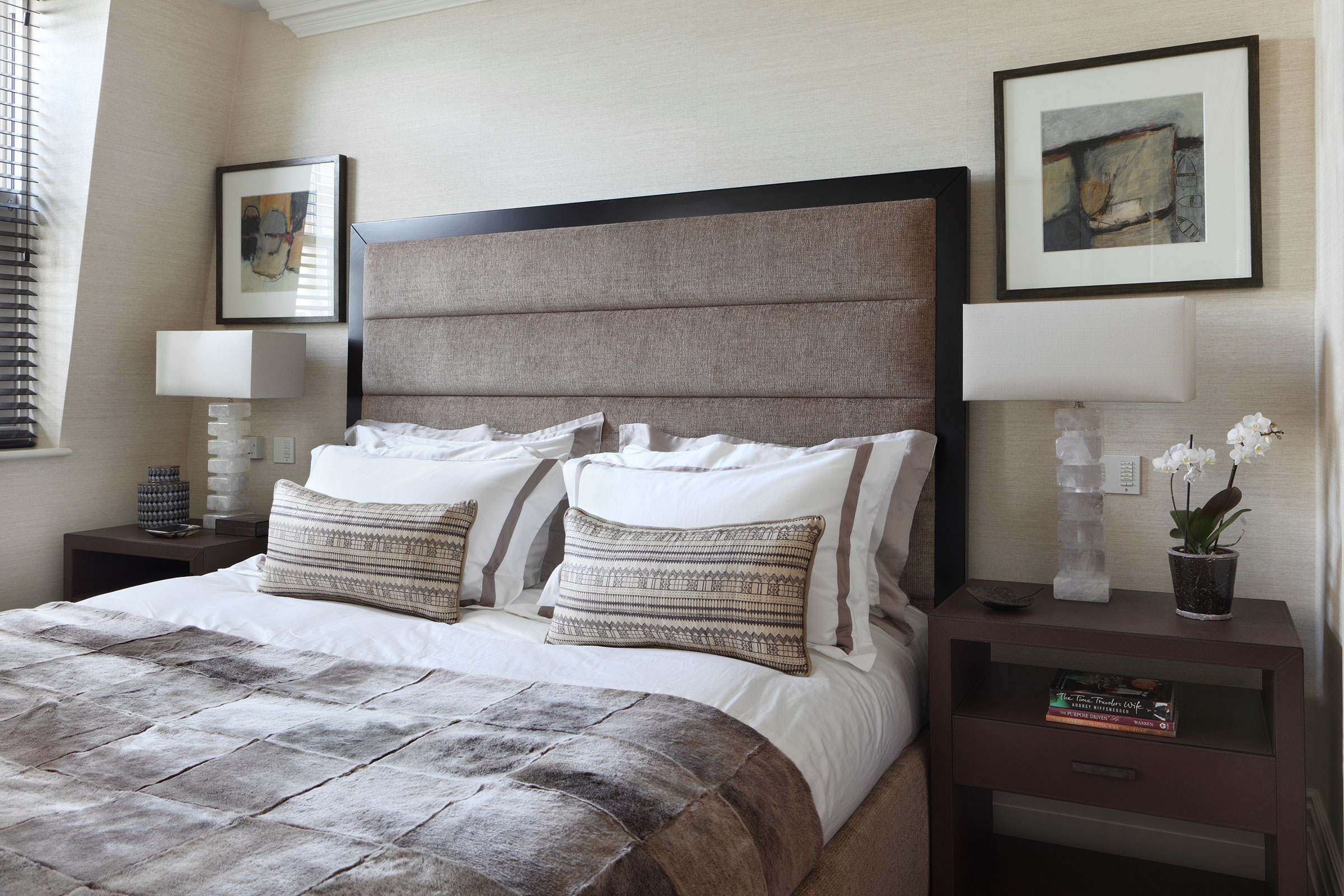 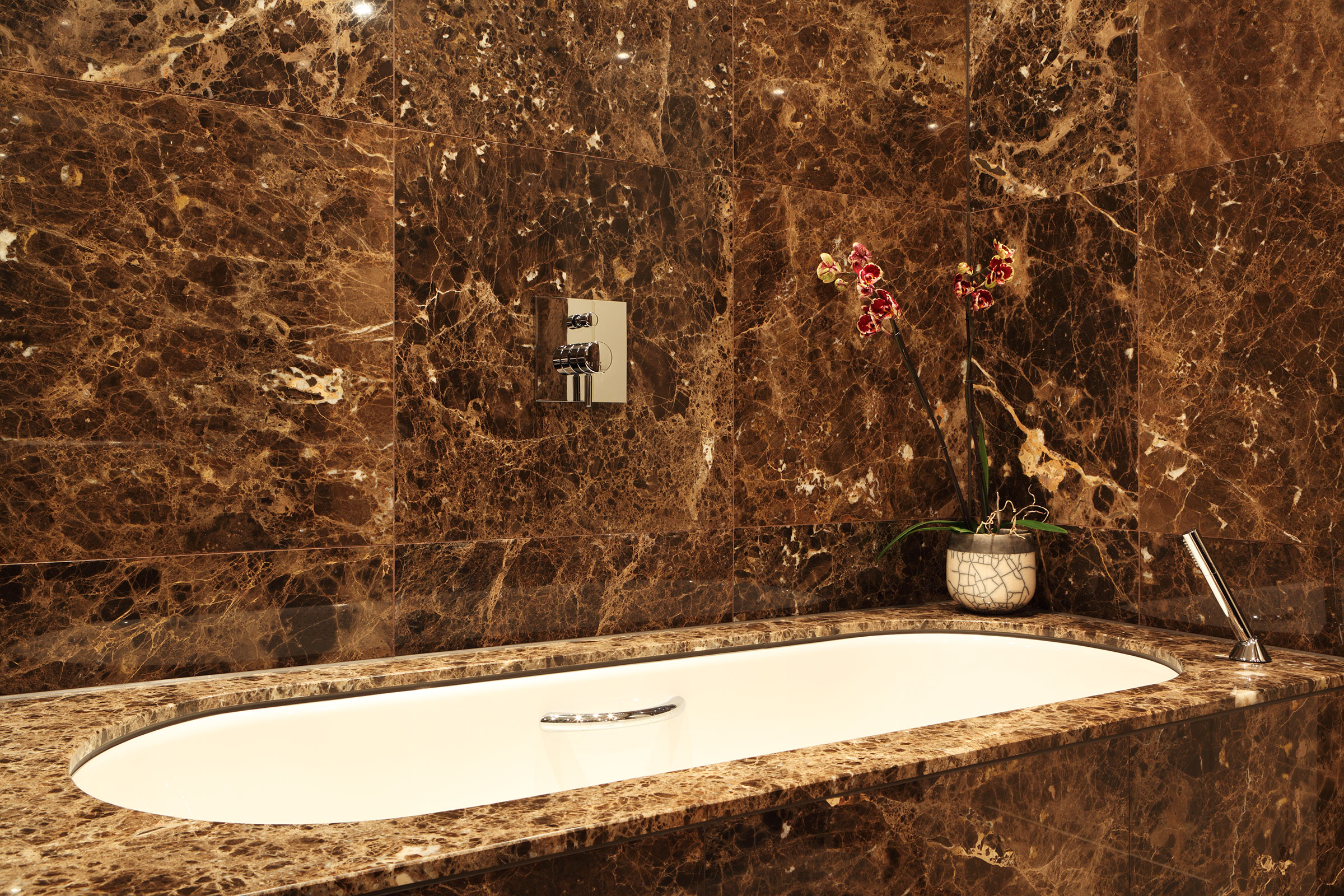 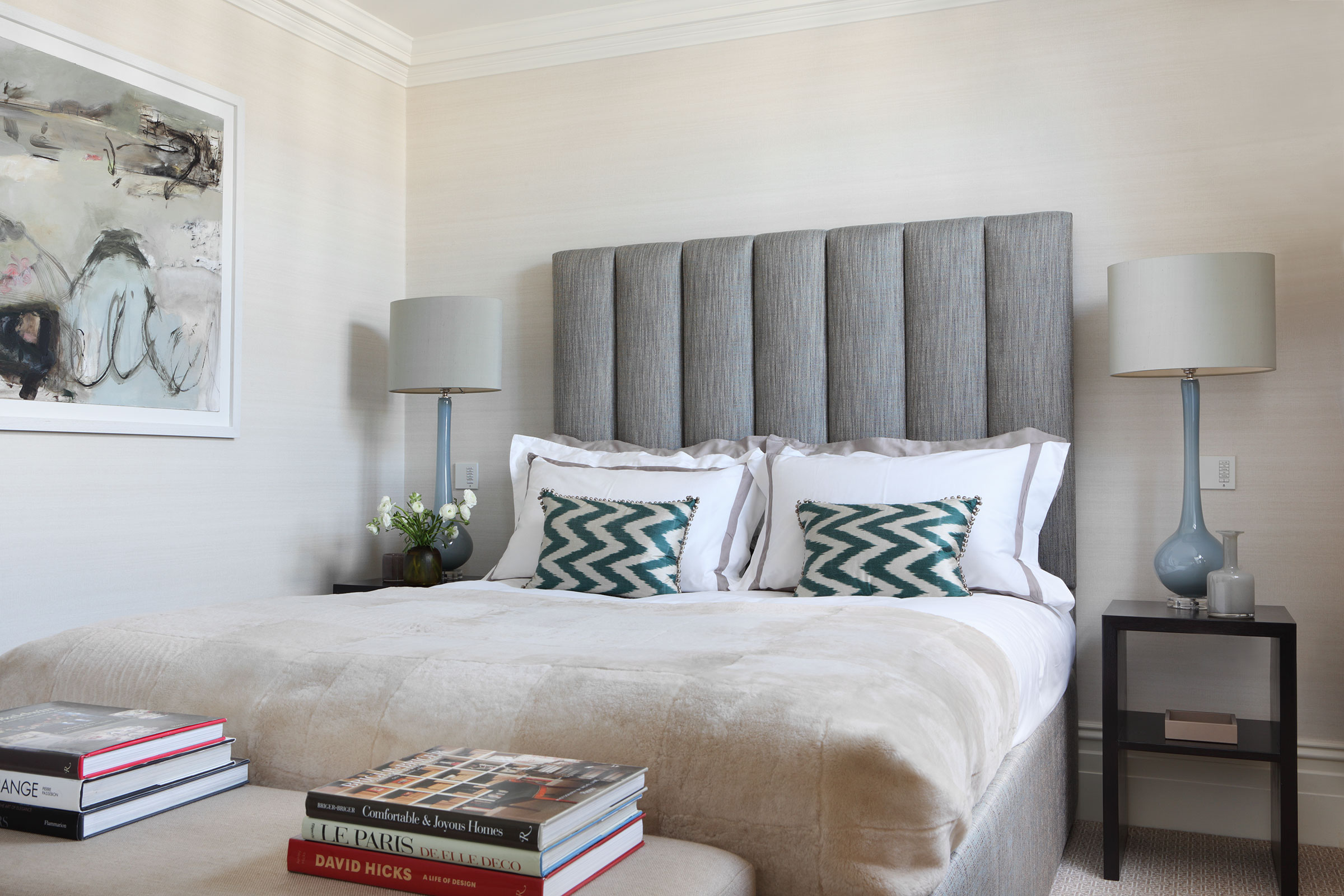